Call me old school, but I think that most people don’t need any supplements at all. OK, I’ll qualify that statement by saying that if you have a normal digestive tract and don’t have any serious medical conditions, nutritious food should be enough to maintain your health.

However, even a grumpy old dietitian like me can appreciate that sometimes supplements can help people achieve specific health and fitness goals. Over the past year or so, I’ve sampled a few products and found some to add into my rotation. Here’s the list:

I started seeing this supplement all over my Instagram feed about a year ago. It seemed to be popular among the Paleo crowd at first, but now it seems to be prevalent in pretty much every subgroup of “specialist eaters.” (Not sure if that’s a real term). Anyway, I ordered some Collagen Fuel (in chocolate coconut) and Vital Proteins collagen peptides to see what the fuss was about. After about 6 months of incorporating collagen into my diet a few times a week, I have to say that I’ve been pleasantly surprised. The putative benefits include enhancing joint health, improving skin and hair, and strengthening teeth and nails. Some also claim that collagen benefits gut health and “boosts metabolism,” but I’m not sure that those are necessarily evidence-based claims. I haven’t done enough research to know all the benefits of collagen, but the first three advantages seem logical, given collagen’s established role as a structural protein. I can’t speak to my joint integrity, because I’m not quite old enough yet to have any issues with that aspect of my health. However, I can say that my hair is even thicker than it was before, and my nails are stronger than ever. Improved hair and nails are not likely to change my life, but they’re nice to have. 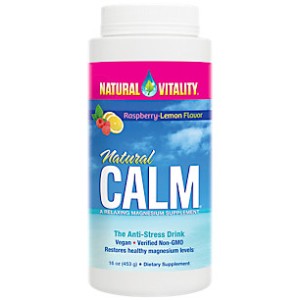 Magnesium supplementation was not really on my radar until recently because the main sources of the mineral are green, leafy vegetables, which I eat in abundance. However, once I started experimenting with a very low-carbohydrate diet, I knew that my magnesium excretion would likely increase (it’s lost with all the extra water loss that’s associated with lower insulin levels). I learned about Natural Calm (i.e., magnesium citrate) from other keto-ers. Basically, it’s a flavored powder that you add to water for a fizzy beverage. It’s marketed as an anti-stress drink, but it’s a decent way to balance electrolytes (if you’re magnesium deficient). Some also claim that it has a laxative effect, but I’ve never experienced that myself. I don’t limit my carbohydrates as strictly anymore, so I don’t drink it all that often, but it has a nice, refreshing flavor that I crave occasionally!

This one is pretty specific to me, as it relates to thyroid health. As I’ve mentioned before, I have Hashimoto’s thyroiditis and hypothyroidism, which means that there a few nutrients that I could emphasize to optimize my thyroid health. Iodine is the most well-known of these nutrients, as it is required to make thyroid hormones (i.e., what is deficient in hypothyroidism); I also have small goiters which can be related to iodine deficiency. Traditional nutritional advice for iodine was that it was something we didn’t need to be concerned about, as iodized salt (which is present in many processed foods) was so ubiquitous that we are undoubtedly consuming sufficient amounts of iodine. However, I use only sea salt and don’t really eat many processed foods, so I’m missing out on that iodine. I try to eat roasted seaweed snacks with some regularity, as sea vegetables are a good food source of iodine…but I don’t really like them that much. So, it seemed that supplementing was my best option. There is also some evidence that those with hypothyroidism may be deficient in vitamin D and selenium, both of which have pretty limited food sources (fatty fish and Brazil nuts, respectively). Accordingly, I decided that I should be taking a multivitamin with all three of these nutrients; so far, I’ve only found one brand that satisfies these criteria: Nature Made Multi for Her. It is USP verified, so it’s likely that the capsules contain what the label claims.

So, that’s the list of what’s hanging out on my supplement shelf right now. What are your thoughts on collagen? Supplements in general? Let me know in the comments below!