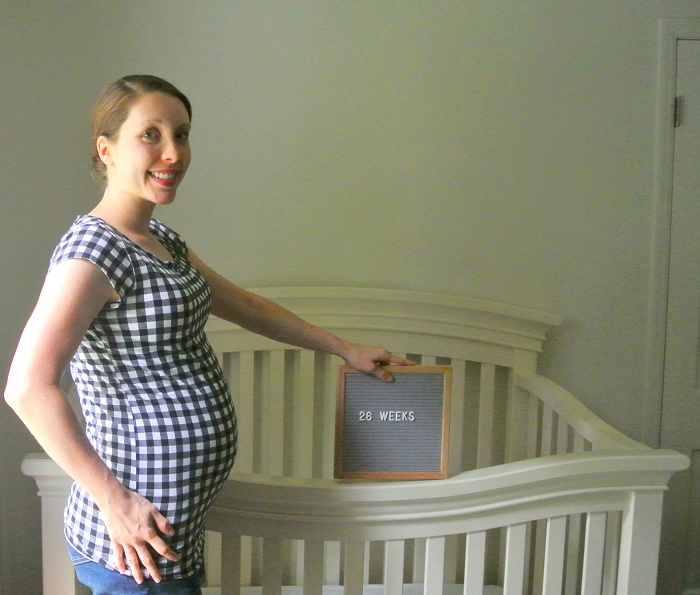 Week 26: Seth and I finally succumbed to the brutal cough that Caleb has been battling for weeks now. I can’t recall being sick while pregnant with Caleb, but I’ve discovered it’s not a fun combination due to the restriction on permitted remedies. I’ve mostly been gulping hot beverages and trying to rest when I can. At least I go to my OB in a few days for my monthly check-up, so if things don’t improve by then, I can ask her what I should do next. In addition to phlegm, my body has also begun the process of making another charming bodily fluid: colostrum. It seems a bit early, but suffice it to say I’ve seen the evidence. [imagine the barfing emoji here] 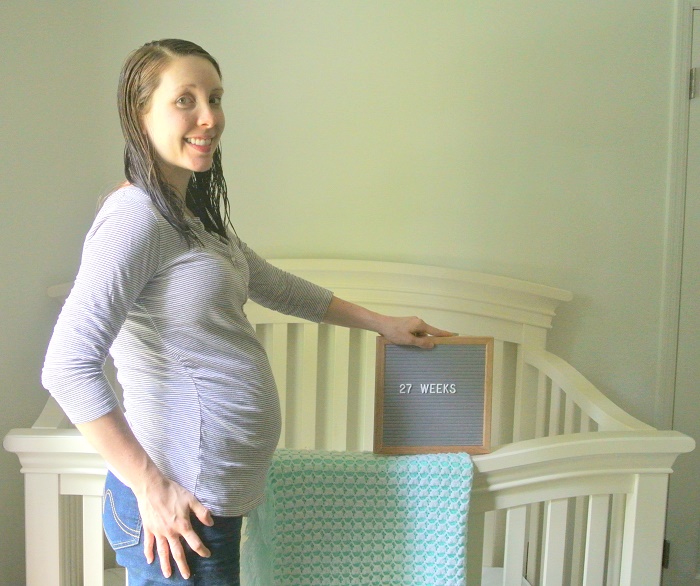 Week 27: As indicated by my tired and makeup-less face, this week started out as a bummer. I went in for my 27 week check-up, which included a one-hour glucose screening test (the first step in diagnosing gestational diabetes). With Caleb, I had been really nervous about this test but ended up passing without any issues. The opposite was true this time around. I was not nervous at all and was relatively certain my glucose level would be fine…but it wasn’t. Granted, a small part of me was concerned because, in the three-year interim since my last pregnancy, I’ve experimented more in ketogenic and low-carbohydrate diets (see my about page), which by definition train your body to be intolerant of glucose (and also be more insulin sensitive). So giving someone who is used to eating low-carb a big whopping dose of glucose is likely to cause some metabolic chaos.

Anyway, because I failed the screen, I was scheduled to return for the dreaded three-hour glucose tolerance test, which involves double the glucose load. Woof. I don’t like to complain too much about necessary medical procedures (and pre-natal care saves lives!), but this one was rough on me. This time, I had to be fasted prior to the test and was then given twice as much Glucola to drink in the same amount of time (5 minutes). When I had drunk about 2/3 of the solution, I started to feel a little sick and really, really did not want to finish it…but I did. I felt “off” for the first hour and hung out near the bathroom, just in case I needed quick access to a toilet; hour 2 was better. In the end, I passed the 1-hour and 2-hour blood glucose thresholds, so I was allowed to leave without waiting around for the fourth blood draw. I hurried along to my office, but by the time I sat down, I started to really feel the effects of ingesting more carbohydrates (let alone sugar) at once than I probably have in 4 years. I was shaky and queasy, and my heart was racing, all classic signs of hypoglycemia. All of this is to say–I don’t have gestational diabetes, and I hope I never have to take this glucose tolerance test again!

In more exciting news, I also went to a big consignment sale in hopes of finding some new-to-me outfits for Baby C, but ended up buying all items for Caleb! I did find a lovely, hand-crocheted baby blanket for the nursery though, which is what you see in the picture above. I also sorted through all our itty-bitty baby clothes, while Caleb watched anxiously–he let me know that he wasn’t too keen on sharing “his” clothes with the new baby. Uh oh.

Edited to add: Because this post marks the end of the second trimester, I decided to put together a collage of how far we’ve come since the end of June. 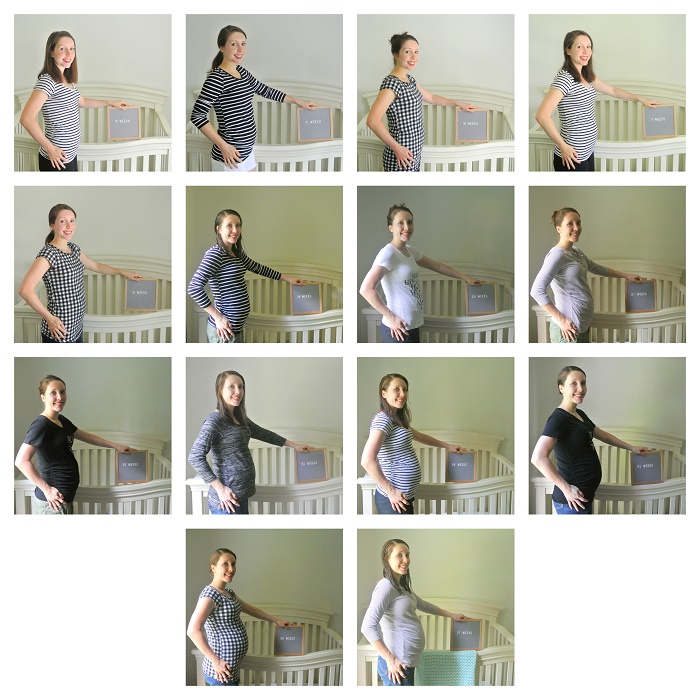