Week 38: This week started out with a very routine OB visit. Nothing exciting to report because I didn’t even request a cervical check–Caleb’s birthday was the next day, so I decided I’d rather not disturb anything down there for another week!

Otherwise, I’m just cruising along and eating mass quantities–my appetite is out of control these days! Technically, I still have a few pounds until I reach the recommended weight gain range, so I’m just going with it and eating whatever I feel like most of the time (which admittedly is still pretty healthful foods). As I type, I’m having some mild lower back pain, which has me on high alert because that’s how labor began with Caleb. Fingers crossed that we get to meet Baby C soon! 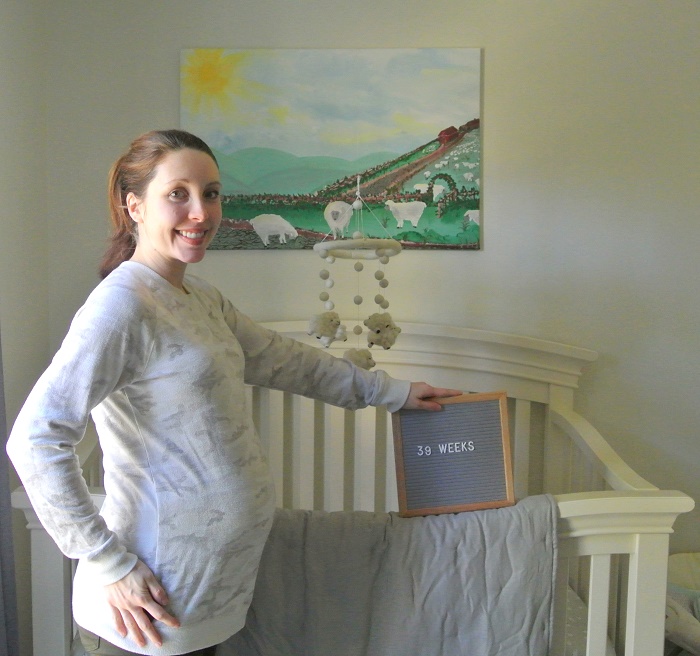 Week 39: Another week gone by, and I’m still pregnant…so I went to the doctor again. I’m measuring small still (~35 weeks), and Baby C’s heart rate is on the lower side (120-ish BPM). The cervical check revealed nothing; my doctor wasn’t able to actually measure dilation because my cervix is too high. We discussed induction yet again, and I’m still waffling. My options are 12/26, 12/27, 1/3 or 1/4 for induction. I determined that the first two options seem too soon, considering his due date is not until 12/28.  That being said, I do worry about waiting too long such that Baby C gets too large for me to birth him vaginally. Really, I just want this kid to come on his own so that I don’t have to make this decision!

I’ll admit these final weeks of pregnancy have been rough on me, not so much physically as emotionally. I can deal with pelvic pain and leg cramps, but the anxiety has been difficult. I don’t remember being so worried about WHEN Baby C will arrive the first time around. I think it’s a combination of the fact that 1) I have another child now, which presents more logistical concerns and 2) I was working right up until a few days before Caleb arrived, whereas now I have more free time to dither. I know he will come when he’s ready, but as we all know, it’s hard to surrender control sometimes.