We are already closing in on a year with our precious Nathan. Here’s what he’s up to at 11 months: 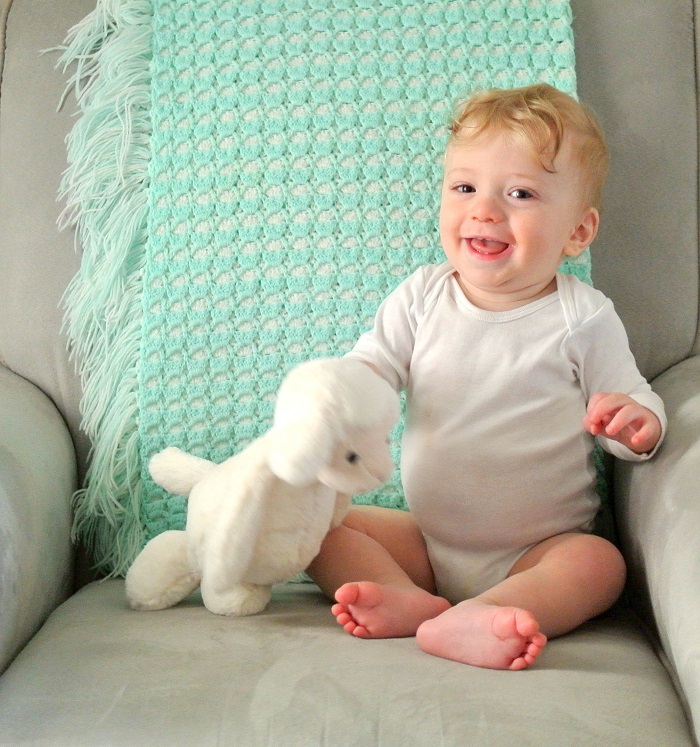 So I’ve figured out that my recurrent hip pain definitely coincides with periods in which I am holding Nathan a lot. Accordingly, we decided to pull out the scale a few weeks back, and Nathan was just over 21 pounds. I was honestly expecting it to be more, but lugging around 21 pounds can still do plenty of damage, I suppose! All of his 12 months size pajamas are downright tight now, so I’ve started buying 12-18 months size clothing.

Nathan continues to love music and now loves to clap along to show his enthusiasm. He spends most of his time cruising around the room, although he prefers being carried around when he’s sleepy (read: remaining stationary is not an option). The “office” (activity gym) that he liked so much a few months ago now is definitely his least favorite place to be. We had a bit of a laundry room emergency the other day, so we put Nathan in it to keep him safe and confined–he screamed the entire time, which really did not help the situation at all.

The time finally came for us to end our breastfeeding relationship. My supply drastically dwindled one day in mid-November, I decided not to fight it. My goal had been to make it to Thanksgiving, but my body made the decision for me a little earlier. I won’t lie, I was a little sad not to have our nighttime nursing sessions anymore, but Nathan is certainly thriving on the combination of solids and formula he now receives. He routinely consumes two bottles at school, and one or two smaller bottles at home, along with ALL THE FOOD. Our relatives were amazed at how much turkey he downed at Thanksgiving. Sleeping is a little variable these days, as he keeps coming down with some ailment (head cold, yeast infection, diaper rash…) that keeps him up at night. Dear Santa, all I want for Christmas is a full night’s sleep…

-Nathan is noisy but reasonably good traveler. We went on our first plane ride with Nathan last week, and he honestly was a better traveling companion than his 4-year-old brother. He squawked a bit during take-off and landing (not out of pain, I don’t think), but mostly napped during the rest of the flight.

-He’s no longer in the Nido room. A few weeks ago, our daycare transitioned Nathan from the Nido (“nest” in Italian) room to the toddler room. He’s not walking just yet, but he’s close and apparently was demanding far too much supervision from the infant room teachers! Again, I was sad to see the “little baby phase” come to an end, but I’m excited to see him grow and take on new challenges with his older classmates.

-No “real” words yet. Nathan has started saying what sounds like “uh-oh” all the time, but it’s clear he has no idea what it means…so I’m not counting that as real communication just yet. He still says “dada” and occasionally “mama,” but not in reference to the correct parent, ha!