Our baby is a month older…and gets cuter by the day. (Not that I’m biased or anything). 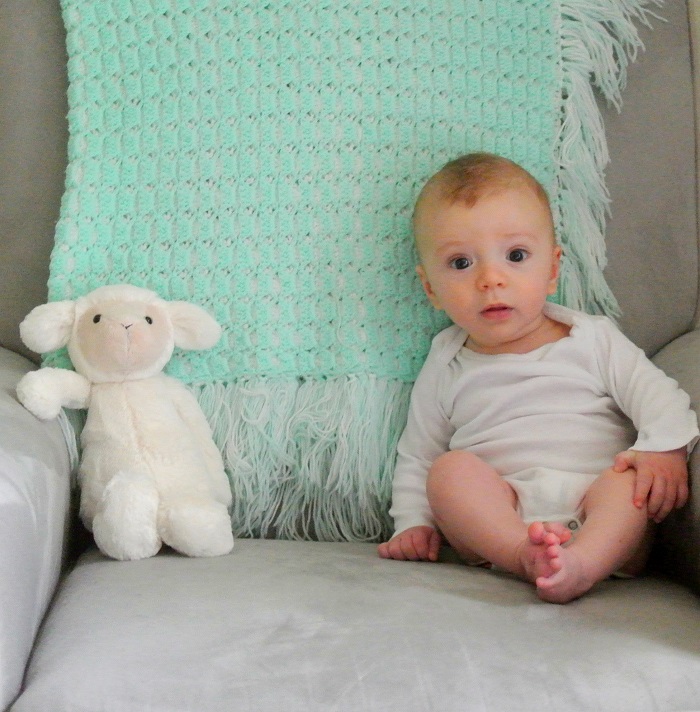 I’ll be honest and say that I haven’t weighed Nathan recently; my work schedule doesn’t allow for nearly as much time to obsess about it, ha! He’s headed to the doctor later this week for his check-up, so hopefully he hasn’t fallen off the growth curve. I finally switched him over to 3-6 months size clothing, which fit my tall boy much better.

Nathan is a big fan of the bouncy seat. His teachers told us that he loves sitting in one at school, and after the whole Rock ‘n Play recall fiasco, we decided that was the best alternative for now. What Nathan likes even better is when Caleb rattles the toys attached to the seat–Big Brother is still the coolest in his eyes! The only dislike we’ve discovered is formula…which brings me to the next section.

We started supplementing with formula because I was worried about his growth rate, and my supply was fluctuating a bit with my work schedule. The trouble is, Nathan doesn’t really like it. I’ve tried a few brands, but we’re never all that successful in getting him to drink a whole bottle of formula. Again, this kid is the total opposite of his older brother! Caleb couldn’t get enough of the stuff when we introduced it to him around the same age. Nathan gets three big bottles of pumped breast milk at daycare, and I nurse him a few times while he’s home with us in the evening and overnight. His typical sleep pattern is to fall asleep for the night between 7-8PM, but he still wakes for his ~3AM feeding, which is quite manageable for us. Fingers crossed that he doesn’t fall prey to the dreaded 4-month sleep regression like his brother did…

-Nathan has discovered his feet! He loves playing with them, and I’ve even caught him with his toes in his mouth a few times.

-This kid is ticklish. Nathan loves watching Caleb and Daddy wrestle in the evenings, and loves it when he is included in a tickle fight. Baby giggles really are the world’s cheeriest sound, I think.

-He continues to love tummy time. At both home and school, he relishes the opportunity to roll around on the carpet and work on crawling (fortunately, he’s not even close yet).

One thought on “nathan at 4 months”